On July 10, 2019 Bentley celebrates its 100th anniversary. In 1919, Walter Owen (W.O.) Bentley founded a company with a simple goal: “Build a fast car, a good car, the best in its class”. Since then Bentley has been driven by this guiding principle.

On the occasion of its 100th anniversary in 2019, Bentley will present a Special Edition model, which was inspired by one of its legendary racing models, at the GIMS, the International Motor Show in Geneva, on 05 March 2019. More news about this Centenary model can be found at the Bentley company site, where you can register for more information.

Bentley at the Retromobile

To celebrate its 100th anniversary, Bentley will be showing the oldest and first racing model – EXP 2 – at the Retromobile in Paris from 6 to 10 February 2019 at the Salon des Expositions, Porte de Versailles. The EXP 2 will be presented side by side with the all-new Bentley Continental GT Convertible – a pinnacle open-top Grand Tourer. Although these vehicles are separated by 100 years of automotive development, both models share fundamental Bentley characteristics: they are true Grand Tourers, they offer exceptional levels of performance, and both demonstrate innovative technologies.

The Retromobile is the first of many 2019 events that Bentley celebrates this year of birth. This year, Retromobile celebrates its 44th anniversary, with over 120,000 visitors expected to attend from all over the world.

The EXP 2 – the oldest surviving Bentley

In the first years of its existence, W.O. Bentley produced three prototypes:

The EXP 2 of the Cricklewood era is the oldest Bentley that still exists. The second Bentley ever built made its debut at the 1919 Olympia Motor Show and marks a milestone in the brand’s 100-year history.

Influenced by W.O. Bentley’s pre-war competition experience – pioneering the use of aluminum pistons – the EXP 2 is also the first vehicle to win a race powered by a 3.0-liter four-cylinder engine with a top speed of 80 mph. Frank Clement, the development engineer and racing driver of W. O., won the Junior Sprint Handicap on 16 May 1921 at Brooklands with the EXP 2. This was the first race win for Bentley. 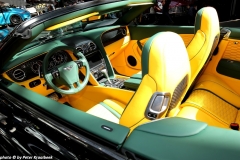 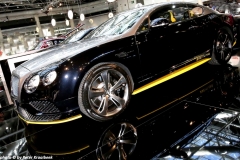 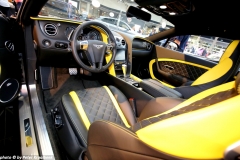 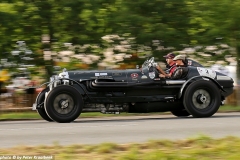 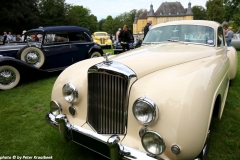 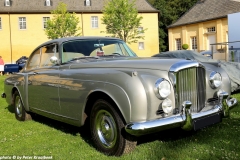 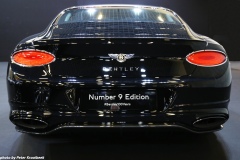